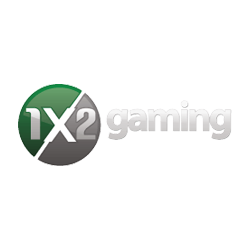 1×2 Gaming is a company which spread its influence in online gaming far and wide. They offer a wide range of different types of casino game from virtual football to general fixed odds games and slots and other online casino games. You will find their range of games at many different international casino operators and sports betting providers and you may have seen them at sites such as international brand bwin.party.

1×2 Gaming is a proud British-based supplier who have expanded their influence around the globe. They remain an independent company who believe they offer something which is original and unique to the market and they are also very committed to product testing and ensuring all their products are 100% optimised for the market before they are released to the public.

The first 1×2 game was released way back in 2003 when they teamed up with Victor Chandler. Their first product was a 100% original flash-based virtual football game which started a trend for the company and saw them continuing to excel with the creation of further virtual football games. Whilst virtual football is their forte they have moved into other arenas and have strong examples of slots and instant win games in their portfolio too.

The company remains headquartered in the UK, in Brighton and Hove’s tech hub at Silicon Beach and being based in such a technologically advanced and creative area has seen the company prosper.

The current 1×2 Gaming offering has exceeded 85 flash games and they have also branched into the creation of purely mobile games, with over 30 HTML5 games offered too. Football games remain a strength with new games launched to coincide with almost every major tournament including a Euro 2016 virtual football game and a niche game focused on the Asian Champions League.

With strong representation across almost every area of online casino gaming there are also keno, bingo, slots and instant win games in their portfolio.

Most recently in the news they have been lauded for their massive deal with the Quickfire platform in 2015 and they also signed up with Tain another leading gaming platform who partnered up with the software developers at the end of 2015, taking advantage of both their flash and HTML5 games.

Their position in the industry does not go unnoticed either with awards nominations and industry attention ever present. They were most recently nominated for the Digital Product of the Year in 2015 at the Global Gaming Awards, specifically for their Virtual Football Pro game and they were also nominated for the Best Football Innovation award at the Betting On Football Award for the same game in the same year.

This is a company who stands out for their sports provision and their interactive virtual football games but this isn’t all they offer. You can explore the casinos using their software below.