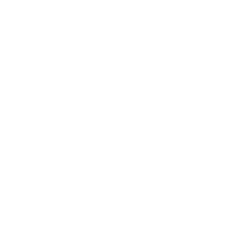 Net Entertainment or NetEnt as they are commonly known is one of the world’s leading suppliers of B2B casino platforms, games and systems. The company was initially formed in Sweden but has large operations which expand across Europe with bases in Malta where it holds a licence and also Ukraine, Gibraltar and Alderney. NetEnt has a strong reputation in the industry for their excellent graphics, great playability and inventive, innovative games.
Read More

Net Entertainment can be traced back to the 1970s as they began life as a company called Cherry. They were a leading provider of casino games in Sweden under this company name and by the 1980s, they made the decision to branch out into other regions, with slot machines in Eastern Europe although this wasn’t a huge success. The company actually ended up out of pocket after the venture and in 1992 they scaled back from Eastern Europe and looked at other markets to break into.

By 1996 the company recognised that there was serious potential in using the internet as a new revenue stream and whilst it was a relatively new concept they believed they could make waves in the online gambling industry. Pontus Lindwall convinced Cherry and a second Swedish company called Kinnevik to invest together in his newly founded company, Net Entertainment. Lindwall was the brains behind the idea of creating casino games and NetEnt was firmly in the right place at the right time as the online gambling industry truly took hold.

NetEnt was quickly established as a leading face of the digital gaming world and their global presence has just expanded further and further with particularly strong success in online slots and poker. They developed their own Jackpot Network which allowed them to connect games together across the web and lead to the development of their own series of progressive jackpots which can climb up to several million pounds in the pot. To obtain licencing they moved their operations to Malta but they still have offices in Stockholm, Sweden.

Net Entertainment is such a popular software provider that you will find their systems, platforms and games at many recognisable casino operators including Unibet, Betfair and many others.

NetEnt has created some recognisable characters in their time with Gonzo from their popular Gonzo’s Quest which remains one of their leading games. It is a slots game which is packed full of interactive features and was one of the first that utilised many different types of animation, including the ‘cascading symbols’ feature. Net Entertainment offers a huge range of different games, numbering over 100 in total, and this incorporates many interactive multi-reel slots and also table games, video poker, scratch cards and lottery games. They even have a virtual horse racing game.

You will spot games from this software provider at a huge range of different casinos and you may also have played at sites which run on their platform and experienced the high quality they offer. Most of the games in their range have a demo feature so you can try before you buy and there are plenty of mega fortunes to watch out for too.

Check out the sites below which use software from this developer.