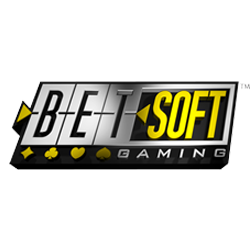 Betsoft Gaming is one of the most instantly recognisable casino game software companies there is. Their slots games in particular are similar in style and stand out as a clear example of a product from their range. They have been around for over 20 years and have seen their business grow significantly in this time with an overall games portfolio today that tops 100 unique and individual products.

Betsoft Gaming was founded in 1999 and they have developed a strong and clever niche in the market which has made sure their name stands out and they have been able to grow since the early days of the company. They have a strong foundation and a great talented in-house team and they have an ethos which drives them to always exceed both their own expectations and those of the client.

The niche product which really saw this brand stand out was the development of their 3D cinematic approach to slot design. Their gaming experience all offer a three-dimensional and engrossing experience, very similar to sitting down and watching a general movie and this helps them stand out in a market where a lot of the products available are very similar. Their team of technical and creative staff, including the professionally experienced and fully trained art team ensures that their games have a real unique feel, a story behind them and a compelling element which ensures players are always captivated and enjoy each game in its own right.

Since 2005 Betsoft have specialised in their fully cinematic gaming experiences which they claim make them stand out and are ‘unrivalled in the industry’. Using 3D art has allowed them to innovate and develop interesting and entertaining interactive features in a new way. Their offering work in both on-reel characters and themed user interfaces which make it even more fun and engaging and in bonus rounds and when special features are triggered, the games come into their own. Their initial 3D games development soon grew into what the company now label their Slots3™ suite.

Slots3™ is the leading product from this software provider and it showcases the best of their graphical abilities and technologies and incorporates their 3D graphics into every element of each of their games. In previous examples the 3D element had been just for the fun of the bonus rounds but in Slots3™ it is integrated into every element of the game, with on-reel animated 3D characters and much more to keep playing highly entertained. They are partnered up with many recognisable casino brands including Bwin Casino, Vegas Crest and GDay Casino.

This is a company who can be proud because they are instantly noticeable and they stand out in an industry where it is very easy to create games which are popular and enjoyed but not easily picked out as created by a particular design studio. With Betsoft its different and their commitment to the 3D design niche has really worked for them.

Their recent deals include signing a contract with the Asian online gaming group Gampag where Slots3™ will be built inot their offering and also a deal with SlotsMillion, a big brand in the Swedish, Finnish and Norwegian markets as well as in both Canada and Australia. They recently found themselves nominated for the Casino Content Supplier Award at the 2016 eGR Nordic Gaming Awards too.

You can explore the casinos using this software below.