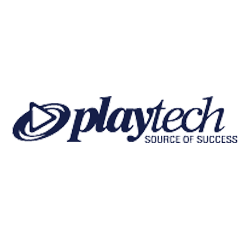 Until 2014 Playtech was the world’s leading gaming company and whilst some still believe they are, Amaya took over in terms of influence and revenues with their takeover of PokerStars in 2014. Playtech is a company based on the Isle of Man and they offer an impressive range of titles, including some of the world’s most famous video slots and the iPoker network which remains very popular. Despite not being in pole position, casino players and operators love Playtech and its popularity has remained high over its many years of operation.

The company was founded in 1999 by Teddy Sagi and a select group of entrepreneurs in Tartu, Estonia. It was in 2001 that they acquired their first casino licensee and began their development of tailored software, games and networks for casino gaming as well as poker and bingo.

The company was first floated on the London Stock Exchange in 2006 and was valued at around £550 million. The passing of the Unlawful Internet Gaming Enforcement Act in 2006 had a negative impact on Playtech and the rest of the gambling industry and the company actually saw 40% of their share value plummet. The company were prepared though and had already started moving into new markets, with offices in Bulgaria, Serbia, Spain and Italy, allowing them to focus on regulated markets.

They continued to build their empire slowly until 2010 when things were kicked up a notch and they purchased several existing companies and continued their focus on expanding into new markets. Their acquisitions included GTS, a leading game aggregator, UK Virtue Fusion who were the largest online bingo provider at the time, innovative games creators Ash Gaming, Intelligent Gaming who provided market leading management systems and finally, PTTS a specialise affiliate marketing firm.

Their acquisitions have continued over the years and the shopping spree in 2010 was built upon in subsequent years including buying PokerStrategy.com in 2013 – adding a further huge poker product to their range.

Today Playtech is a huge player in the market and has a portfolio of over 500 recognisable and well-loved casino gamines, including some of the world’s most popular online slots and many more. Their slots range includes the hugely popular Marvel Slots collection and also slots which tie-in to their licensing agreements with HBO, MGM Universal such as The Sopranos slot.

Playtech’s iPoker network is one of their biggest success stories. It was designed for the company by Geoff Hall and remains the leading poker skins network in the world. When you play at any iPoker network site you actually play with thousands of players across different gambling operators including William Hill, Betfair, Bet365 and Betfred.

Playtech shows no sign of stopping its commitment to the best and latest games and the most innovative software and regularly launches new slots. They employ over 3500 just in Europe with offices in many countries.

Explore below to see our casinos utilising this market leading software or offering a range of their games.